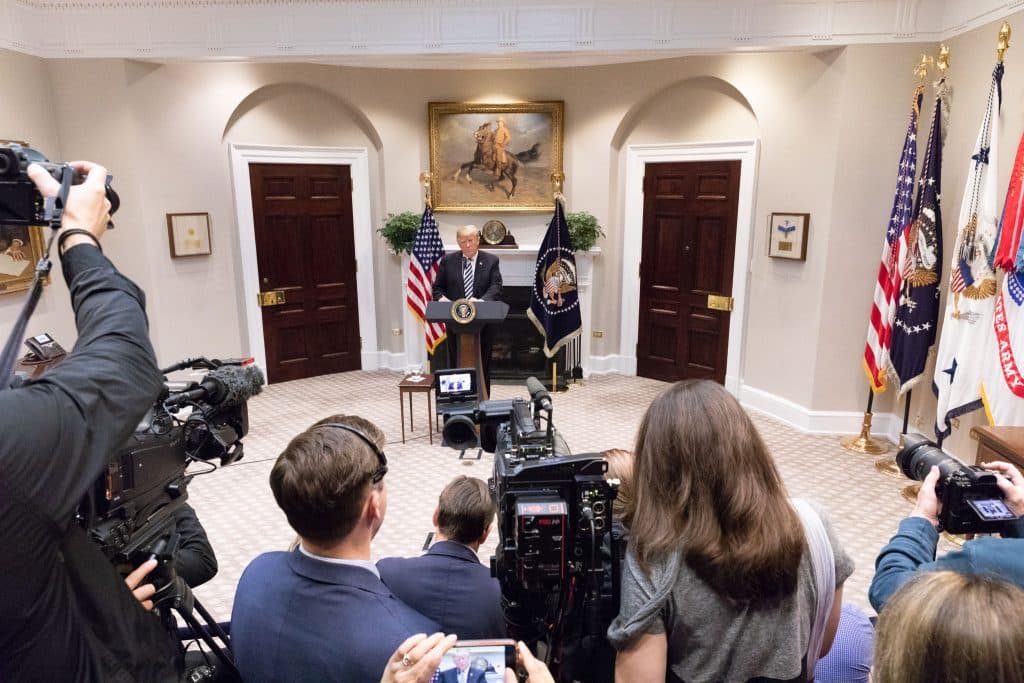 Trump: America Is a Welcoming Country, But We Will Not Allow Our Generosity to be Abused

Silence can speak volumes. As a caravan with thousands of migrants heads toward the U.S. border, Democrats and their media allies are hoping Americans won’t notice that the modern left once again has no credible message on illegal immigration.

It didn’t used to be that way. “We simply cannot allow people to pour into the United States undetected, undocumented, unchecked, and circumventing the line of people who are waiting patiently, diligently, and lawfully to become immigrants in this country.” What right-wing extremist uttered those words in 2005? None other than then-Sen. Barack Obama of Illinois.

President Obama wasn’t alone—Sen. Dianne Feinstein (D-CA), former Sen. Harry Reid of Nevada, and other prominent Democrats once echoed those beliefs. Democrats may not have had a real solution to the problem, of course, but they at least understood they must acknowledge that illegal immigration represents a threat to the rule of law.

Not so in 2018. Beholden to an anti-Trump base, Congressional Democrats could only muster an unpopular call to abolish U.S. Immigration and Customs Enforcement in its entirety as their strongest immigration proposal.

By contrast, President Trump delivered a clear message and proposed solution to the migrant crisis this afternoon. “America is a welcoming country,” he said from the Roosevelt Room of the White House. “We will not allow our generosity to be abused by those who would break our laws, defy our rules, violate our borders, [and] break into our country illegally.”

To confront the problem, “my Administration is finalizing a plan to end the rampant abuse of our asylum system,” the President announced.

Get the facts: Think there’s no border emergency? Here are the numbers.