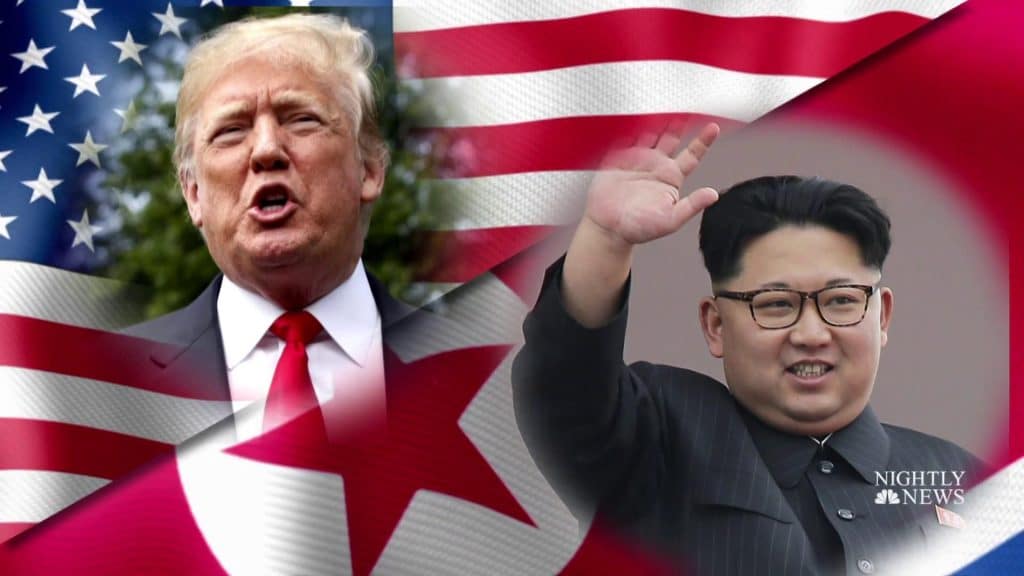 World leaders will soon see if President Donald Trump’s visit with North Korea leader Kim Jong Un will pay off. At stake is whether Kim will end his country’s isolation, economic woes and nuclear weapons program.

During their meeting in Singapore on Tuesday, Trump and Kim will attempt define and agree on how North Korea’s nuclear weapons program would be dismantled. Trump is seeking a complete, verifiable and “irreversible end” to North Korea’s nukes.

Kim, meanwhile wants the U.S. to remove its “nuclear umbrella” that protects allies South Korea and Japan. Kim could ask for a peace treaty to that effect, Bloomberg News reported.

Trump said Saturday he will know within one minute whether Kim is serious about a de-nuclearization agreement!