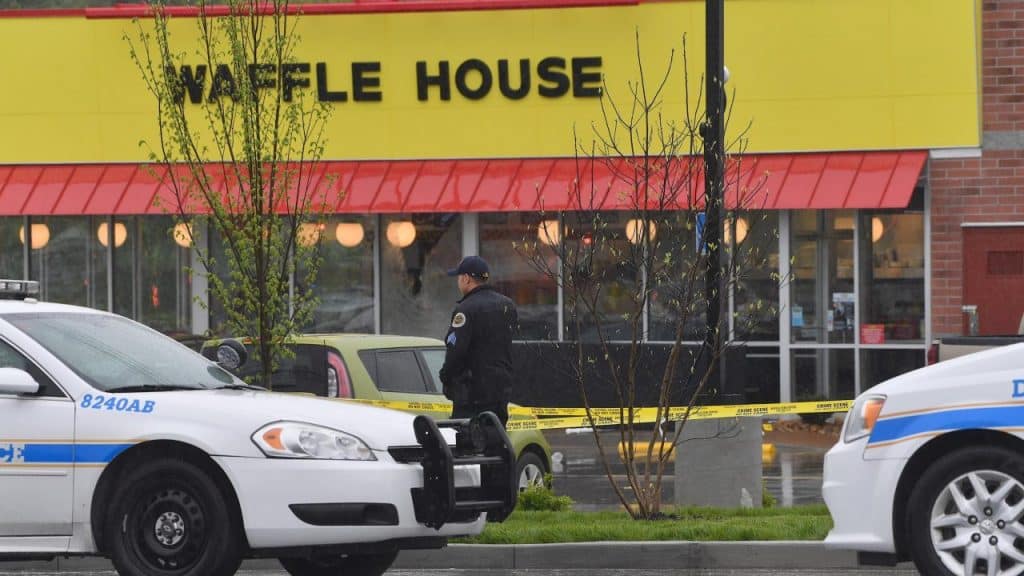 Four people were murdered and at least seven others were injured when a gunman opened fire inside a Tennessee Waffle House early Sunday morning, according to the Tennessean.

Here’s everything we know:

The killing began around 3:23 a.m. CST in Antioch, a town south of Nashville.
The killer used an “assault-style” weapon, according to police.
The killer exited his vehicle, where he immediately murdered two people outside the Waffle House. He then entered the Waffle House and continued to fire, where he murdered two more people and wounded numerous others.
The shooting only ceased thanks to the heroics of one diner, who hid in the restaurant’s bathroom and monitored the killer. Once he saw the opportunity, he sprung into action and rushed the murderer. The man was able to wrestle the gun away, causing the murderer the flee the scene.
Police identified the killer as a 29-year-old man from Illinois who lived in an apartment complex near the restaurant. He was reportedly naked when he opened fire in the restaurant. He remains at-large.
So far the motive for the shooting appears to be random, CNN reported.