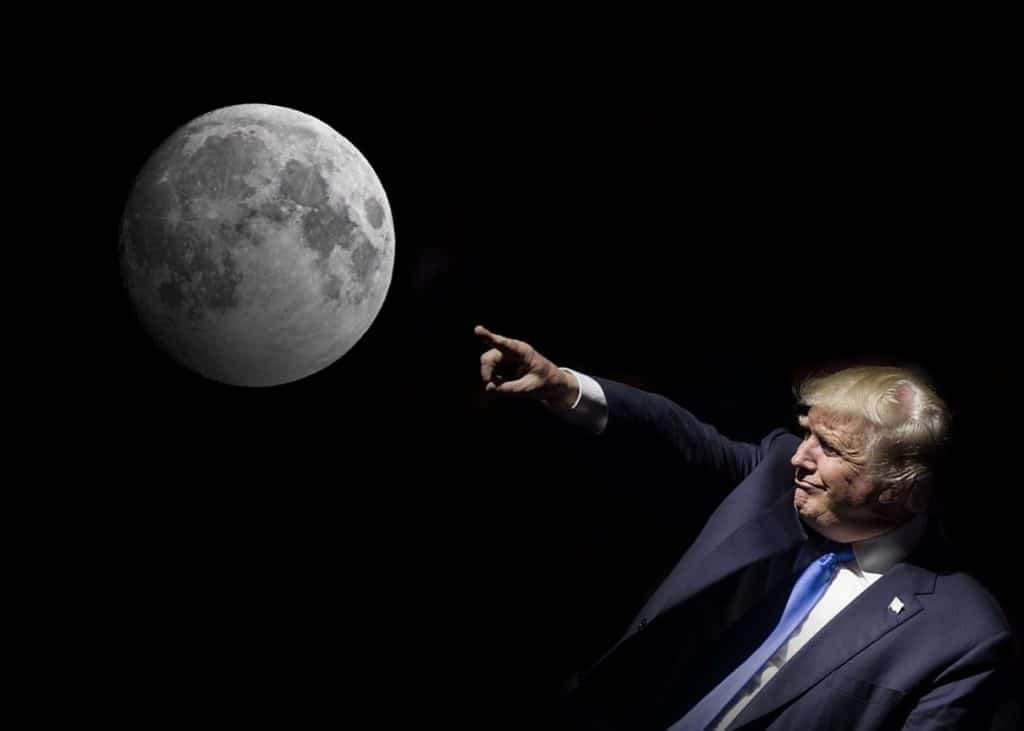 45 Years After Apollo Mission, Trump Takes America Back To The Moon

Our long journey to the stars—and the Moon

Forty-five years ago today, NASA’s final Apollo mission landed on the surface of the Moon. No human has walked there since.

This afternoon, President Donald J. Trump [told] the country that it’s time to refocus our vision for American space exploration.

In signing Space Policy Directive 1 today—the first recommendation of the recently reconvened National Space Council—the President [shifted] NASA’s resources and attention toward the Moon and Mars. Given its relative closeness, the Moon in particular offers humans the best hope for long-term exploration and utilization.

President Ronald Reagan once eloquently captured the sweep of mankind as “his long climb from the swamp to the stars.” With President Trump’s order today, America commits itself once again to writing the next chapter of that story.