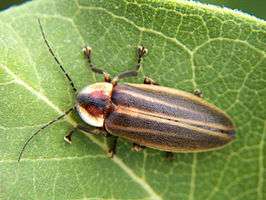 Lots of folks have fond memories of a carefree childhood spent outside searching for lightning bugs. It’s almost tradition to run around at sundown in search of the tell-tale green lights to try and catch a few. But lately, something strange has been happening.

If you’ve ever thought that there aren’t as many fireflies around as there used to be, you’re not alone. All across the country, and even across the world, these little glowing bugs are disappearing fast. With every passing year there seem to be fewer and fewer lighting up the night sky and it will be a sad day indeed once they’re gone forever.

Scientists and animal researchers have documented this phenomenon, noting that as with bees, butterflies and many other insects, the primary cause of their diminishing numbers is mainly down to human activity, in particular, the reduction of their natural habitats as the human population expands, encroaching on the the cool, damp woodlands that they thrive in.

As well as a decrease in areas containing rotting wood and standing water, another big challenge they face is from light pollution. Given that they have to contend with street lighting, car lights, flood lights around houses, as well as a number of other bright, artificial light sources that light up the night sky, it’s a wonder they can see each other at all. This is bad news for fireflies as their ability to light up to signal to one another directly relates to their ability to mate. Put simply, if they can’t see each other, they’re not going to mate, meaning a reduction in their numbers and noticeably fewer fireflies with each passing summer.

But FINALLY THE MAIN CULPRIT IS PESTICIDES! Do something. March against Monsanto!