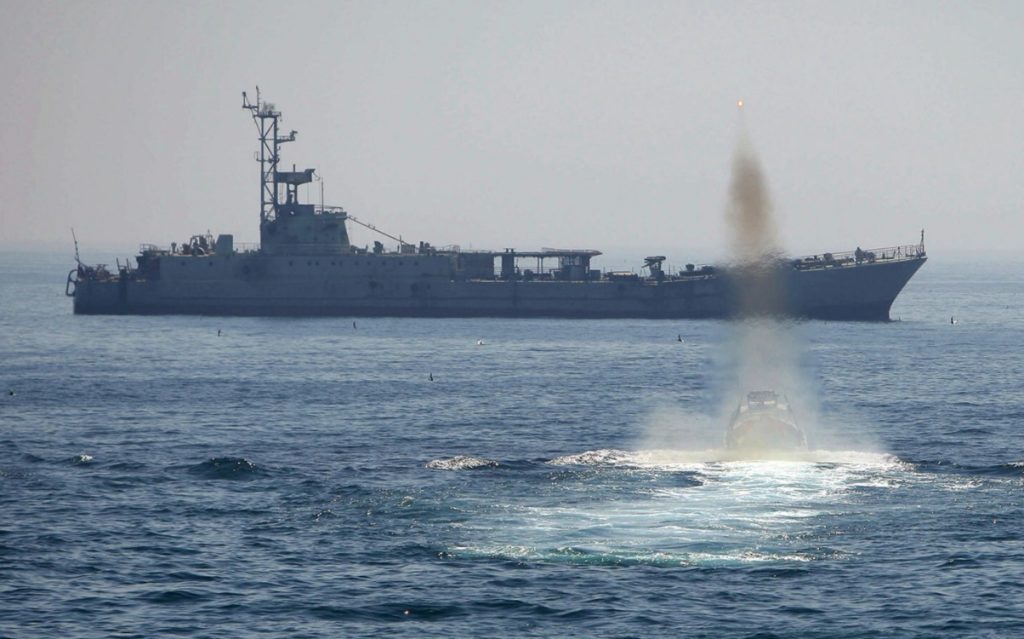 A U.S. Navy destroyer had another close encounter with an Iranian Revolutionary Guard “fast attack craft” in the Persian Gulf Monday.

The officials said the Mahan altered course to avoid the Iranian warship, sounded the danger signal, fired flares and manned its own weapons.

The Iranian ship did not come closer than 1,000 yards and no warning shots were fired.

“Coming inbound at a high rate of speed like that and manning weapons, despite clear warnings from the ship, is obviously provocative behavior,” said one American official in describing the Iranian actions.