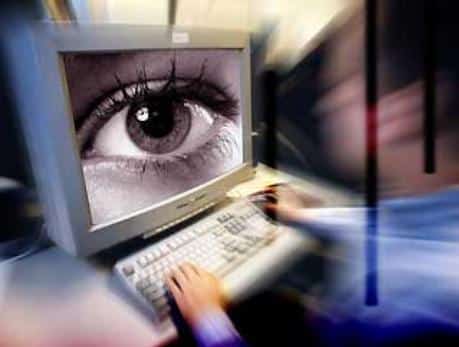 Amended CISPA Is A Direct Threat To Internet Privacy

The bill we’ve grown to fear is much, much closer to being a reality in our lives with the passing of the Cyber Intelligence Sharing and Protection Act (CISPA), courtesy of the House of Representatives. The controversial bill passed with a vote of 248-168, giving us a clear indication of how much our elected leaders value your Internet privacy.

That is, they don’t.

Does the passage of CISPA, even though it is awaiting Senate approval, give you cause for concern, especially in regards to privacy and the respect of certain, fundamental rights? Are the elected officials in the United States capable of regulating something as vast and as complex as the Internet? Let us know what you think in the comments section.

Aside from the fact that CISPA actually passed, there are other troubling issues surrounding the now-House approved bill. First off, as pointed out by TechDirt, the vote for CISPA’s passage wasn’t supposed to be until today (Friday, April 27). The second issue is the CISPA that just passed through the House has some amendments attached (PDF), and some feel this fact makes the bill a bigger threat to an individual’s online privacy than it was in previous manifestations. The amendments were sponsored by various representatives, but there’s one in particular that caught the eye of many CISPA critics: amendment number six.

Sponsored by Misters Ben Quayle and Mike Thompson, and Miss Anna Eshoo, the sixth amendment has been presented as something that clarifies and limits scope of CISPA, but after reading the text attached to the proposed alteration, CISPA is actually worse than it was before the amendment was attached. A summary of the alteration that is most troubling:

Would limit government use of shared cyber threat information to only 5 purposes:

Again, this amendment was introduces to “limit” the scope of CISPA, but as you might be able to infer, the vagueness of the alteration only makes accessing such information much easier. Essentially, if your actions are seen as a cybersecurity threat based on the five incredibly vague conditions listed, the threat information is readily available to any and all interested government partie, without the need of a search warrant or any other search and seizure protections offered by the Fourth Amendment.

It appears that by adding such vague terms, the House of Representatives has successfully found a way to circumvent one of the key components to the Bill of Rights, or, as TechDirt puts it:

Somehow, incredibly, this was described as limiting CISPA, but it accomplishes the exact opposite. This is very, very bad.

Very bad indeed. You want to know what’s worse than that, however? The complete lack of outrage on various social media sites. Apparently, the sheep won’t get outraged unless Wikipedia conducts a site blackout or someone releases a 30-minute video that everyone shares on Facebook.

An example of this apathy can be found on Twitter where such popular trends like Lady Gaga, Colt McCoy, Finally Friday and Delmon Young are active. While the #UNFailsSyria trend gives us some hope, once you click the trend, you quickly see there aren’t many Americans commenting on it. I guess they’re saving their tweets for Lady Gaga and celebrating the fact that Friday is indeed here.

Informative article, I have been in contact with my state representative and senator regarding this and they are both in opposition to it passing. If this goes through we are just one more step closer to a new world order and a socialistic government.

I agree, we will keep doing what we can do for the people and by the people. God bless America and Long live the Republic, One Nation Under God!