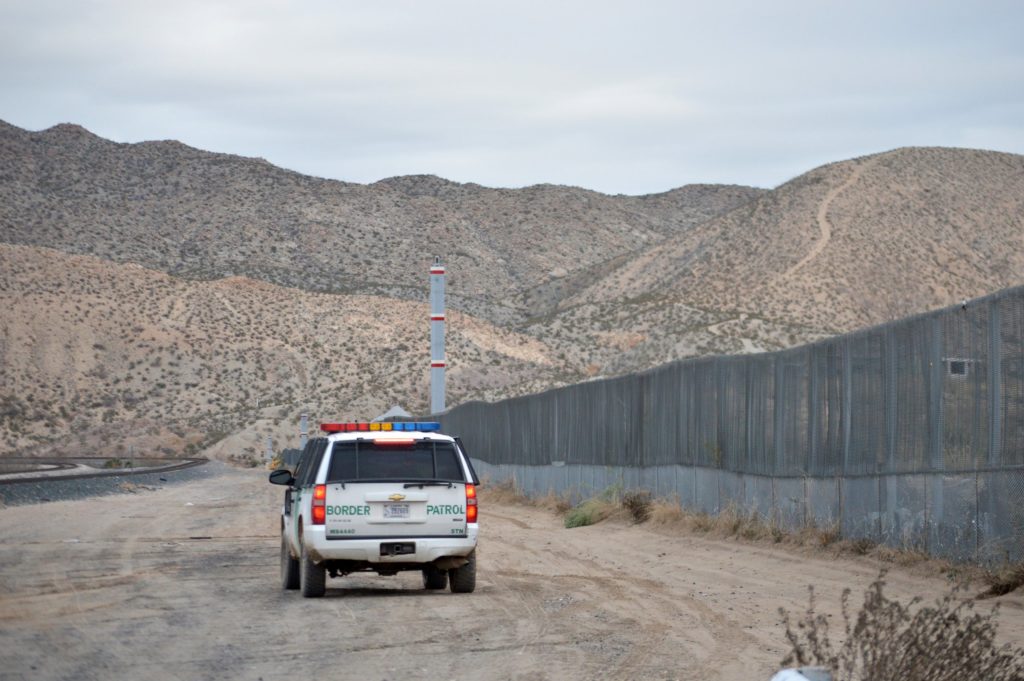 Agents apprehended a group of 112 illegal aliens at the border wall near downtown just after midnight. At about the same time agents working further east were processing a group of 252 aliens apprehended at the border just west of Bowie High School. Throughout the morning hours several smaller groups also arrived at multiple locations along the border in the El Paso metropolitan area. In just a few hours the total number taken into custody exceeded 500. An unaccompanied 2-year-old child was also found among one of the groups. The U. S. Border Patrol is currently working with international and domestic agencies in order to locate the parent(s).

While dealing with this influx of illegal aliens Border Patrol Agents also arrested two convicted sex offenders attempting to enter illegally while the agents were preoccupied with the large groups. Both sex offenders were arrested in different groups attempting to enter the United States illegally evading Border Patrol agents. Both subjects had been convicted of their sex offenses and had served time in jail before being deported from the United States.

Agents in far-east El Paso County also arrested a group of six in which a subject, 28-year-old U.S. citizen, self-proclaimed prison gang member, was found to have an outstanding federal warrant for escape. In addition, the subject has a lengthy criminal record. The subject was remanded to the custody to the U.S. Marshals Service. The other five aliens are currently being processed accordingly.

Criminal organizations continue to attempt to distract and occupy Border Patrol agents however their continued vigilance and experience is stopping these attempts.

Tuesday CBP released data detailing the record number of apprehensions of inadmissible family units border wide. The data showed the greatest increase in the El Paso Sector where family groups are up 1,689% when compared to same period last year. More information and data can be found here and here.