We have been engaged over the last two months in the fight to stop the increasingly invasive IRS.  The IRS, which for years targeted American citizens for their personal beliefs, was attempting to change the rules to ask charities, including churches and non-profit hospitals, to collect and store the Social Security numbers of their donors who give more than $250 annually. You can imagine the chilling effect this would have had, and the devastating impact for faith-based and other small non-profit organizations that rely on the generosity of donors.
Tea Party Patriots launched an initiative in early December to help drive comments to the IRS in opposition to this overreaching power grab. Thanks to the overwhelming turnout, we were able to stop the IRS before this terrible idea could be implemented.  This morning the IRS announced that it is abandoning this proposed plan, and it is due, in large part, to the comments our grassroots supporters sent!
Today’s announcement from the IRS is a powerful reminder of how effective we are as a movement and just how vital these grassroots-led initiatives are. Thank you for being part of this important victory in our ongoing fight to hold the federal government accountable.
Below is the statement we put out today on this huge victory:
This is a huge victory for American democracy, the First Amendment and our grassroots supporters. President Obama’s IRS is abandoning its blatantly heavy-handed regulation to ask charities to disclose the Social Security numbers of donors giving $250 or more annually. Tea Party Patriots activated its grassroots supporters using our website, email and social media presence and they responded – flooding the IRS’s public comment page with more than 16,000 submitted comments on the regulation, which accounted for 43 percent of the more than 37,000 total comments received on the proposal. We will continue to keep a close eye on the IRS and fight back against any attempt to improperly expand its power and threaten American citizens and their constitutional rights.
Thank you for all that you do to preserve our personal freedoms!
In liberty,
Jenny Beth Martin & the Tea Party Patriots Support Team 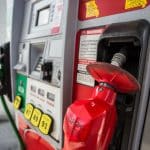 Gas prices, already close to $3 a gallon after a cyberattack on Colonial Pipeline