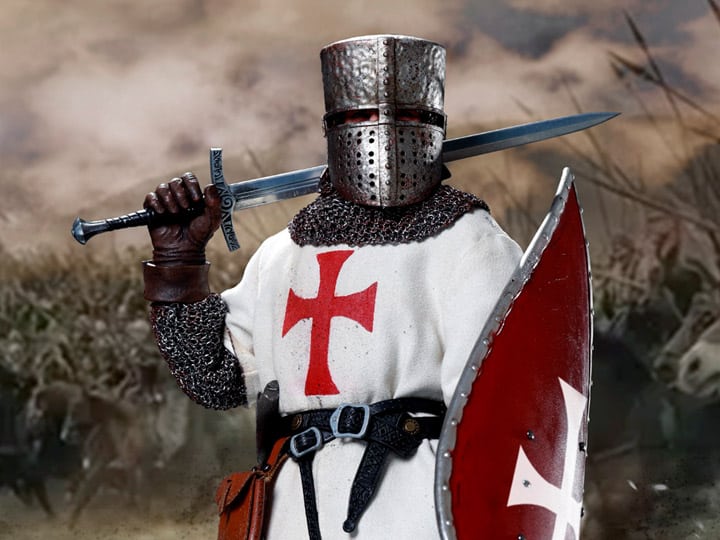 Free Masonry, Knights of Templar, GESARA and The Father of All Lies

Free Masonry, Knights of Templar, GESARA and The Father of All Lies

The Devil is The Father of ALL Lies … and if it only has ‘some truth’ combined with ‘lies’ … it is OF THE DEVIL.

Why did I go down this rabbit trail?

I started noticing multitudes of Fedbook users associated with The Knights of Templar connected to me via my “friend’s list”. I’m always removing them! Beware! They are infiltrating the MAGA / Great Awakening Movement, and they are pushing devilish hell of agendas such as NESARA/GESARA.

These people will swear up and down that they are doing good and even claim that they are “Christian”, but this couldn’t be further from the actual TRUTH. It is blatant evil disguised as good, and if you have any hint of The Holy Spirit living inside of you, you should not only be able to see this but also feel it. There are many Antichrists. Jesus said “many shall come in my name saying I am Christ and shall deceive many” (Matthew 24:5 & Mark 13:6) … Does someone bearing the title of “Christian” come in “Christ” name?

Is this possibly not what Antichrist really means in it’s authentic translation? Those who bear the name of “Christ” but fail to be an accurate portrayal of Christ and WHO He represents in The Word of God? … Technically “Christ” means “Anointed One” … Who do you know that claims to be “Anointed” but does not resemble Jesus?

Nevertheless, there will be A PERSONIFICATION OF THE ANTICHRIST IN THE FORM OF A MAN as well:

The Antichrist won’t appear as a “Beast” to the world. He will appear as “Beautiful”, “Charming”, and come “In The Name of Peace”. Don’t be led astray!

These people (in these secret societies) regard Satan as “The Illuminated One” or “Father of Light”, which we know not to be true. When you see anyone pushing something that doesn’t sit right with your soul as a Christian (maybe they are talking about “light” and “love” … it all sounds good) … but it could be a disguise for something else and much more sinister. These are the bare roots of the NEW AGE agenda that will have a lot to do with The One World Religion in the final days before Christ Jesus’ return!

Below are some videos so you can get a better understanding of FreeMasonry as well the connections to Knights of Templar (they are not innocent).

Watch with an open mind. Pray about it! In this dark hour, we need to pray without seizing, but not only pray, but also meditate on what THE HOLY SPIRIT OF GOD IS SPEAKING TO OUR SOUL!

TruthUnited takes on exposing the TRUTH about FreeMasonry:

TruthUnited continues to expose The Knights of Templar:

The video below speculates on President Donald J Trump’s connections to FreeMasonry. Anyone that knows me, knows that I am very Pro-Trump. He makes it clear what he stands for and those are usually Biblical Values & Principles, however The Word of God says “my people perish for a lack of knowledge” (Hosea 4:6), and these secret societies are all about deceiving and disguising themselves even as “Christians”. I think it’s worth watching and being on guard for anything considering the DEVILISH NESARA/GESARA agenda that a lot of the MAGA/Great Awakening Crowd has been peddling which is truly a scheme from the enemy. For what it’s worth, I think Trump is innocent from these agendas. The Bible says “for the tree is known by his fruit” (Matthew 12:33 & Luke 6:44) and anyone with 1/2 a soul can see that Trump has produced very much good fruit, even though he has been very misguided at times.

I’m not judging President Trump other than from what I know as truth. He is a man of God, Chosen for a time such as this! THE PROBLEM IS MANY IGNORANT PEOPLE IN THE MAGA CROWD as much as they would like to think they are – ARE NOT – CHOSEN however! Whether it be straight-out Shills from these secret societies, or just very confused (also misguided) Supporters who are peddling BULLSHIT, the fake news spreads! and yes! Alternative outlets can push fake news as well! It’s not just the MSM. That’s a whole other issue all together.

Anyway, here’s the video in relation to President Trump and FreeMasonry. As with everything, take it with a grain of salt and pray about it:

NESARA/GESARA IS NEW WORLD ORDER/GREAT RESET IN DISGUISE. Don’t be fooled by these evil people who have corrupted every area of our society for far too long. They are now even trying to corrupt something wholesome, pure and true such as the MAGA movement. Be careful who you follow and pray about everything!!!