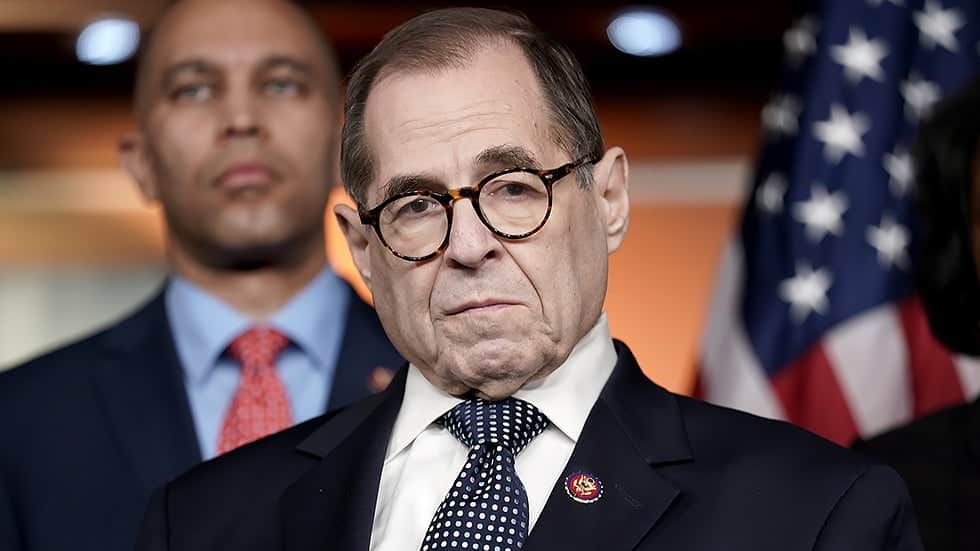 Nadler on Equality Act: ‘God’s Will Is No Concern of This Congress’ … WHAT?

Nadler on Equality Act: ‘God’s Will Is No Concern of This Congress’ … WHAT?

Last Thursday, as the House of Representatives debated H.R. 5, the Orwellian “Equality Act,” a seemingly exasperated Rep. Jerry Nadler (D-N.Y.) arguably revealed the true nature of his party’s radical legislation. In response to Rep. Greg Steube’s (R-Fla.) speech quoting the Bible, Nadler declared that “what any religious tradition describes as God’s will is no concern of this Congress.”

“A woman must not wear men’s clothing nor a man wear women’s clothing, for the Lord your God detests anyone who does this,” Steube said, quoting Deuteronomy 22:5. Christians do not believe this section of the Torah, the Old Covenant law, is binding on Christians today, but we do hold that this law expresses God’s truth and directs human beings toward the higher law of Jesus in the New Testament.

“It’s not clothing or personal style that offends God, but rather the use of one’s appearance to act out or take on a sexual identity different from the one biologically assigned by God at birth,” Steube said (he should have said “assigned at conception”).