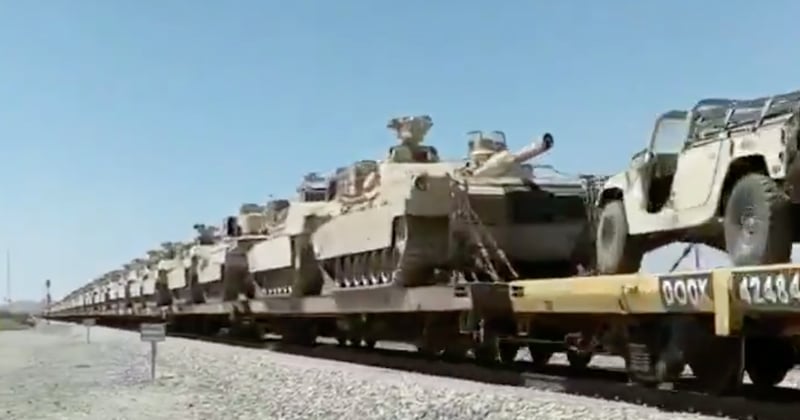 A video posted to Twitter Tuesday showed a shipment of hundreds of military vehicles reportedly being sent to the US border in anticipation of a showdown with the migrant caravan currently headed to the US.

The footage comes as President Trump announced he would be sending 5,200 troops to strengthen border security after reports that a caravan of about 14,000 migrants, made up of mostly Hondurans, has continued making its way towards the US border.

We’re in a fight…