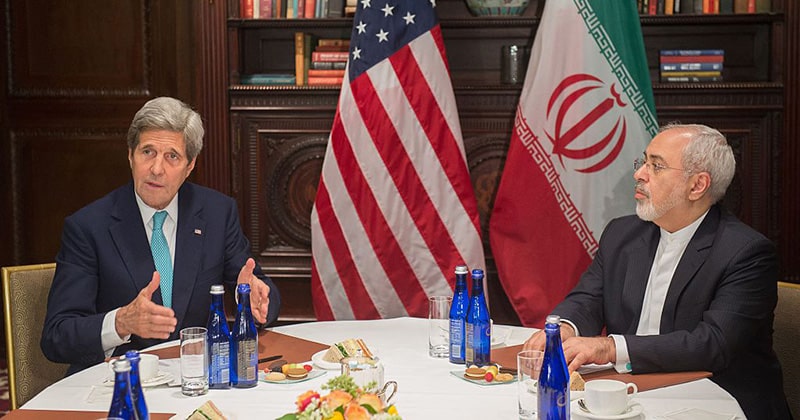 Report: John Kerry Secretly Colluding With Iran To Save Deal He Helped Craft

‘Unusual for former secretary of state to engage in foreign policy like this, as an actual diplomat and quasi-negotiator’

Former secretary of state John Kerry is not about to let President Donald Trump undermine the Iran nuclear deal that he helped craft.

Even if that means he is secretly colluding with Iran to salvage it.

Kerry reportedly “engaged in some unusual shadow diplomacy with a top-ranking Iranian official,” according to a new report by The Boston Globe.

With a May 12 deadline for Trump to decide whether to continue under the terms of the deal negotiated under the Obama administration and signed in 2015, Kerry has been “on an aggressive yet stealthy mission to preserve it,” undermining American foreign policy in the process, according to the report.

John Kerry was running a shadow government in order to save the ridiculously bad Iran deal and met with several foreign leaders which is a direct violation of the Logan Act. But Rep Devin Nunes, the chairman of the House Intelligence Committee, isn’t satisfied with that and has called for the Feds to arrest Kerry on charges of treason.