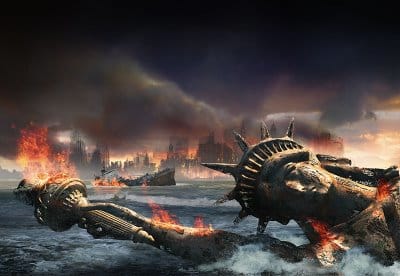 The Fall of America … Why Does The Syrian Strike Matter?

So a lot of people are off the Trump Train because President Trump decided to retaliate against Assad’s so called “chemical attack”. Whether you  believe there was a chemical attack or it was a false flag operation is not what we aim to focus on in this piece today. We are focusing on what could come of the strikes America did on Syria the other day in retaliation.

People are saying this could potentially start World War 3. Others following QAnon are simply saying “trust the plan” … while both of these groups of people are right in their own respects, the REAL TRUTH comes from The Bible alone. It says End Time Babylon (America) WILL FALL and it will be brought about by a war against the North (Russia) who just happens to be a direct ally of Syria.

Instead of making up all your own speculations, study the scripture and pray with utmost discernment for The Holy Spirit to speak Truth & Wisdom to you because we ARE living in the end days.

I voted for Trump and while I believe he is doing a lot of good for America and the world, He is NOT my savior and I urge you to carefully examine your heart. The only ONE worthy of WORSHIP is JESUS CHRIST = YESHUA!

Watch this video I found on Youtube. It will open up your eyes even more!