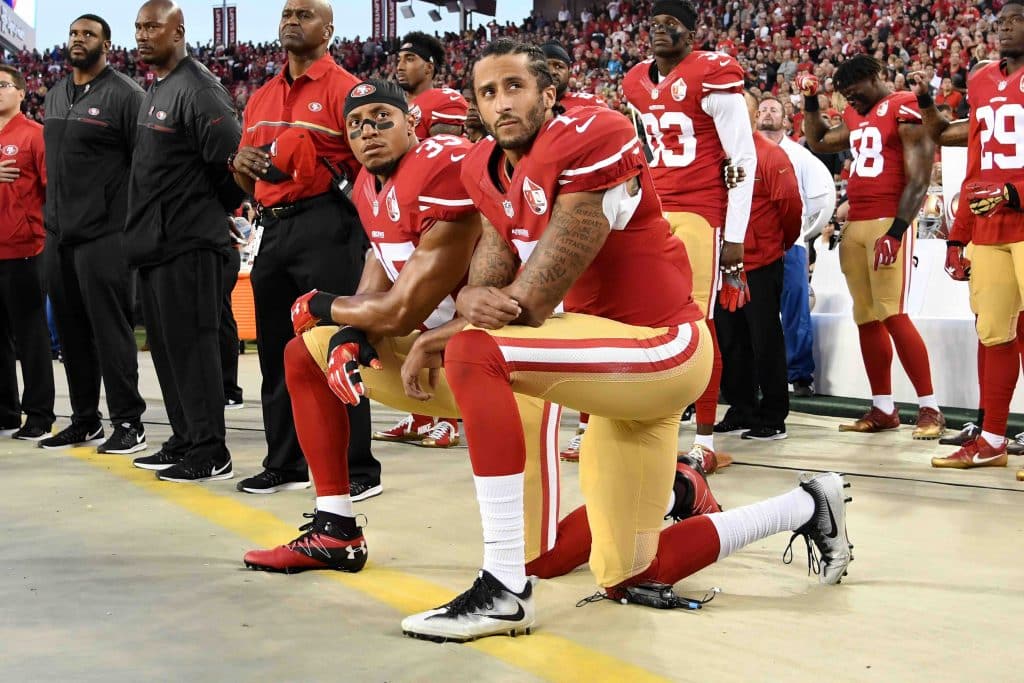 George Foreman Puts Colin Kaepernick In His Place With ONE Word: “Privilege”

Former world heavyweight boxing champion George Foreman leveled a big-time haymaker, in a manner of speaking, to former 49ers quarterback Colin Kaepernick and other like-minded athletes who won’t stand for the national anthem before games and refuse to visit the White House after championships.

Foreman said in an interview Monday with the Offended America Podcast that “a lot of us died in war so that [Kaepernick] could have that privilege” of taking a knee when “The Star-Spangled Banner” is played.