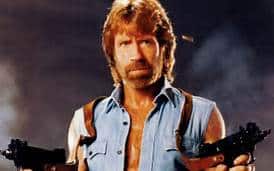 Finally, it appears the man who killed two stones with one bird has a verifiable rival in the dictators of North Korea!

Since early 2005, a number of astounding “Chuck Norris Facts” have come to light. It was discovered, for example, that Chuck Norris can hear sign language, that he regularly makes onions cry, and that he can build a snowman out of rain. The legend surrounding Chuck Norris has continued to grow, as new details of his accomplishments are added to the mythology each year. I have often wondered, as most Americans must, if there would ever be a challenger for a man so tough that he uses hot sauce as eye drops.

Imagine my surprise in discovering that the North Korean regime has their very own “fact” book, detailing the absolute greatness of “Dear Leaders” come and gone. Finally, it appears the man who killed two stones with one bird has a verifiable rival in the dictators of North Korea! 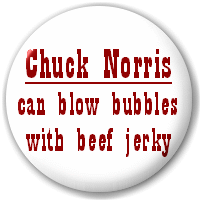 Check Out Our SPONSORED MESSAGE!!! —> CHUCK NORRIS CAN BLOW BUBBLES WITH BEEF JERKY 😀