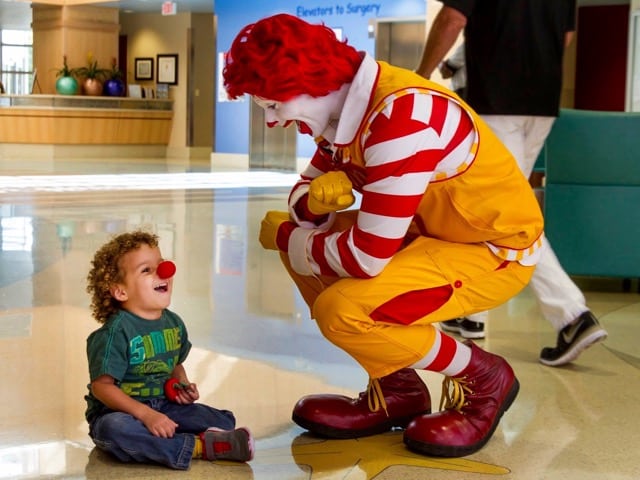 Hunter Hostler is 19, he works at McDonald’s as a cashier in Scottsburg, Indiana. He is working since October and looking out for a customer who recently started An Act of Kindness.

In an interview to ABC News Channel, Hostler was quoted as saying “I keep looking for her, hoping I see her and can tell her what happened, I don’t know if she knows, but I hope to see her again so I can tell her.”

An Act of Kindness
It happened on Father’s Day night Sunday, when Hostler was serving on Drive-thru, when around 830pm a customer came to pay for her $6 order.

This customer in her late 60’s came to Hostler and paid her bill along with this, she paid additional $36 for the customer behind her, and asked Hostler to wish them Happy Father’s Day, Hostler says the lady paid in Full and left the Drive-way.

When this customer was told that, his meal is all paid by the customer who just left, he offered to pay for the two cars behind him. This happened and it kept on going till McDonald’s Drive-thru closed that night.

Total Number of customers who benefited from this Act of Kindness are said to be around 167. Everyone paid for the customer behind them. It was just an awesome day, never happened before.

Abby Smith, 22 along with her boyfriend made last minute decision to go to McDonald’s almost midnight, they were 161th Customer. She describes her experience as she felt attending a big family congregation it was just a great feeling.

Even the McDonalds staff pooled in money for this Act of Kindness for the customers who could not afford to pay the difference (incase they had to).

Frank Ward, the owner of the Scottsburg McDonald’s, described the chain as “an act of kindness” his official statement to ABC News Channel quotes him saying: “McDonald’s believes in supporting the local communities in which we operate, I was proud to experience the Scottsburg community come together in this act of kindness under the Golden Arches.”