Sen. Rand Paul is “seriously considering” a 2016 bid for the presidency as he basks in a glowing spotlight following the success of his 13-hour filibuster speech in the Senate.

“Our party needs something new, fresh, and different,” Paul, R-Ky., told Politico. “What we’ve been running —nothing against the candidates necessarily — but we have a good, solid niche in all the solidly red states throughout the middle of the country.”

Paul, a self-described libertarian who ran for the Senate in 2010 with backing from the tea party, suggested in the interview with Politico that the GOP should do more to broaden its support base. 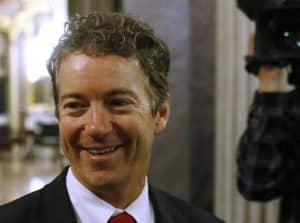