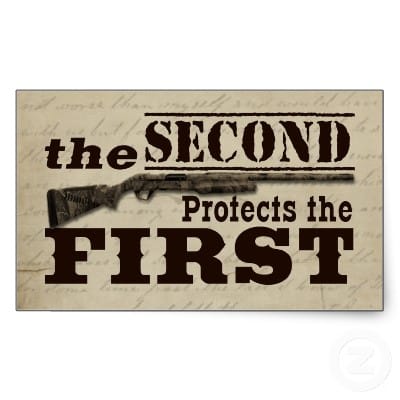 Make no mistake about it, right now Governor Jay Nixon and Barack Obama are on a war path to take away your right to keep and bear arms in Missouri.

You’ve heard their threats for weeks — but now the gun-grabbing lawmakers in Jefferson City are acting.

*** Ban the sale, transfer, possession and manufacturing of ALL semiautomatic firearms with a detachable magazine and at least one “characteristic” — which means just about anything that makes a gun “look scary.”

(This includes rifles AND pistols!)

*** Impose sweeping bans on pistols, rifles and shotguns that have “the capacity to accept” more than 10 rounds of ammunition;

*** Ban all magazines that can hold more than 10 rounds of ammunition, and;

*** Force ALL existing owners of banned firearms and magazines to surrender them to the government within 90 days;

Either surrender your firearms and magazines, render them inoperable, or remove them from the state.

After all, Governor Nixon actively opposed a pro-gun bill that would have allowed teachers to carry firearms.

Worse, I’m afraid that unless you take action, even certain quisling Republicans would cave and vote for gun control in Missouri this year.

But… There is some good news.

YOU can help put a stop to this nonsense.

Here’s how you can help:

Urge all of them to reject HB-545 in its entirety and let them know you expect them to oppose and ALL new gun control throughout the legislative session.

I need YOUR help to defeat the most anti-gun piece of state legislation in recent Missouri history.

Please do not wait.

Contact your elected officials and tell them to OPPOSE HB-545 and all anti-gun legislation today.

There’s no time to waste.

P.S. Governor Nixon and the big-city gun grabbers aren’t holding back in Missouri.

HB-545 not only would ban hundreds of commonly possessed firearms and magazines, it would require you to surrender your firearms within 90 days or face seven years in jail.

Urge them to reject HB-545 and ALL gun control throughout the legislative session.