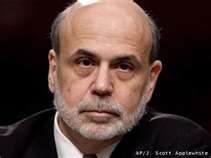 From Publisher of Newsmax:

On Thursday, I released a video to the public that is starting to make some waves.

You see, I gathered an esteemed panel that included:

And together they investigated the 21st century threats to American wealth that are now beginning to appear. Threats that would’ve seemed incomprehensible five, 10, or 15 years ago.

James Rickards revealed a secret currency war between the United States and countries like China, Russia, and Iran that could result in us being struck by a “financial Pearl Harbor.”

This is a looming catastrophe that he’s briefed the Pentagon and CIA about. And he’s presented his findings in separate testimonies to both the Senate and House of Representatives.

Bob Wiedemer revealed how Washington’s interference in our financial markets has artificially boosted the Dow by about 100%, with the result that an inevitable crash is coming. And coming soon.

But possibly the most shocking part of this investigation was when Steve Forbes stood up and took on the head of the Federal Reserve, Ben Bernanke, accusing him of being the “worst central banker in U.S. history.”

Newsmax believes it’s so important you view this powerful broadcast, that we’ve made a free, private airing of it available to you right now.